Polyhedral artist, Salentinian by origins and Pisan by adoption, is one of the most active Italian live painters. Earlier on 1994 he brings to the Apulian coasts the concept of live painting through many happenings with the company of djs, musicians and poets. He has painted for private collectors, institutions, musical festivals, social centers, cineclubs, theaters, musicians and fashion, organizing furthermore several initiatives aimed at the contamination of the artistic languages. As he moved to Pisa in 1994 he graduated from the Faculty of Letters and Philosophy in Conservation of Cultural Heritage with a thesis about the relation between painting and cinema in the cinematographic work of Paolo Pasolini and Danilo Donati.

He has furthermore obtained a graphic degree through an annual course organized by the Tuscany region, followed by a one-year internship. He has worked as a scenographer and as a scenography assistant  in  different  productions,  among  the  most  important  ones  the  Gabriele  Lavia  and Mariangela Melato’s show, “Chi ha paura di Virginia Woolf?”, in which he was Carmelo Giammello’s scenography assistant, at the Verdi Theatre of Pisa. He has made the sets for the “Music Box Live show” of Francesco Freyre at the Celebrazioni Theatre of Bologna and he has worked for productions of other theatres as the S. Andrea Theatre of Pisa, the Teatro delle sfide of Bientina and the Teatro del Tè of Pisa.

Levante Bari. Besides hundreds of clubs and live clubs spread around the peninsula.

In June 2018 he was entrusted by the Municipality of Pisa and by Caparol Italia, to create a big mural under the Logge dei Banchi. The sponsor is the same one who commissioned the work “Tuttomondo” in 1989 to Keith Haring.   Also in 2008 he paints in the Pac ( Contemporary Art Park) of Livorno where he creates a mural inside the Basaglia Center. In 2016 he makes a mural for the Municipality of Lucera (FG) addressing the subject of illegal employment.

In 2018 he works at the Public Park of Latiano (BR) where he paints a mural dedicated to Franco Basaglia. In September 2018 he creates at the 82nd edition of Fiera del Levante in Bari, a four meters for three wall in the Pavilion of the Territorial Arts and Culture Pole of the Region of Puglia, an initiative promoted by the Region of Puglia and by the Department of Tourism and Cultural Industries.

WORKS FOR BRANDS AND FOR MUSIC

In July 2008 he collaborates with Negrita, by making the illustrations of the new CD Helldorado and the official T-shirts of the tour. The CD sells more than 100.000 copies and it’s a platinum record.

In 2009 he decorates for the brand Merry Autumn the new bags presented during Pitti Uomo in Florence.

In May 2011 the brand Proel in collaboration with the club Cocoricò commissions him the decoration of ten bags for the best international Djs of club music.

In October 2013 he illustrates the Cure’s song “ Boys don’t cry” for the  TINALS  project presented at Lucca Comics in 2013, TINALS is an actual musicassette made of paper, with cover and plastic case produced by New Monkey.

He has created artworks to different musicians, as:  the master Antonio Infantino, the Muffx, Manu

He has illustrated for the following magazines: il Mucchio, Arbiter, Collettivo Mensa, Todo Magazine, Lungarno, A Levante, take it easy Magazine, Qui Salento, and he has worked with the record companies Elastica, Irma Records, Alfa Romero and Arroyo Records.

PUBLICATIONS ABOUT THE ARTIST AND AWARDS

Elia Marchi, student at the Faculty of Letters and Philosophy of Pisa, in 2009 graduates in Cinema Theatre and Multimedia Production with a documentary-thesis about him and his artistic profile, thesis with “Unipasca” as its name that tells about how the artistic experiences of Massimo Pasca in Pisa have influenced the cultural environment of the city.

In October 2012 the book “Keith Haring a Pisa” Chronicle of a mural   is released, for the ETS editions, edited by Carlo Venturini. In the book there are four pages about the interview with Massimo Pasca considered one of the heirs of the american painter’s sign.

In 1998 he wins the First Award for Painting D.S.U. ( Right for University Studies) Award Graphic

In December 2004 he is awarded with the first place for best video and best interpreter from director Roberto Faenza at the Festival Uni-verso Corto of Pisa.

Lecce and by the one of Cracovia, held in Otranto.

In 2016 he’s selected and invited to the fourth edition of Premio Auditorium Città of Isemia. P.A.C.I.

In 2016 he wins the L’estemporanea d’arte and the Award “Giuseppe Casciaro”.

Critics’Coiche Award, where the best illustrations of vinyl records are rewarded.

After twenty years spent in Pisa he moves back to his home land, the Salento peninsula.

In Lecce he is one of the founders of the magazine “Lamantice/Fiato ai disegni” edited by Ergot Edizioni.

Among the new projects he has just completed the first draft of “La stanza surrealista”, a theatre- performance inspired by the famous artistic movement of the 1900s.

Room Renting for Your Event

To host your next event at Gallery Gora, contact Lyne Dubé co-owner at
514-879-9694 or by email at
lyne@gallerygora.com 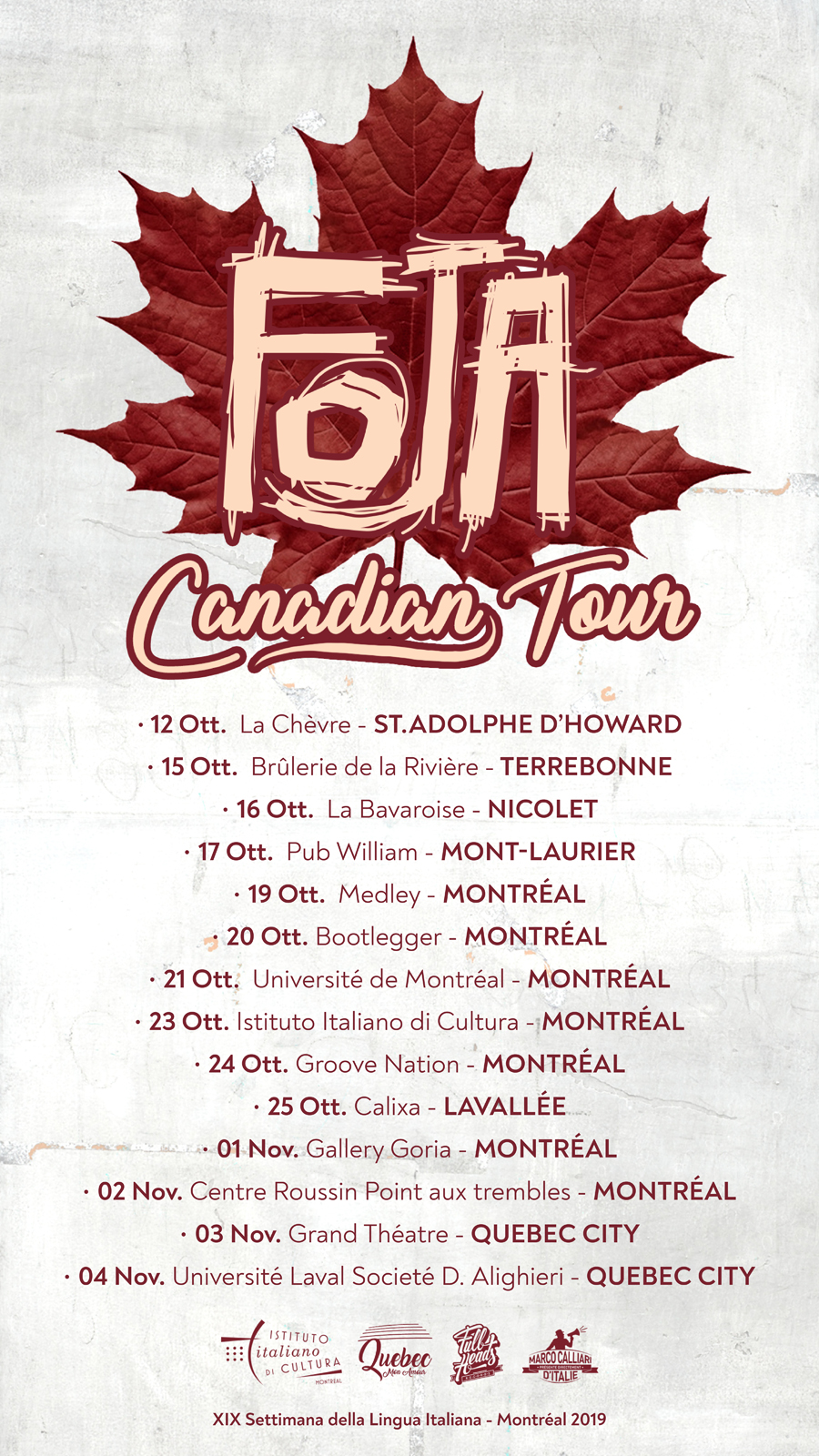 If you are a professional artist and want to exhibit your works at Gallery Gora, please submit your portofolio by email. If your work is selected, we will send you the exhibition’s terms and conditions.

Since its creation in 1994, the culinary art is an integral part of the Gora Gallery, it has received in its kitchen a number of culinary artist, chefs and caterers. A number of culinary events take place all year like hundreds of wine tastings, cooking workshops, banquets, cocktails all that in an a beautiful inspiring and friendly environment. 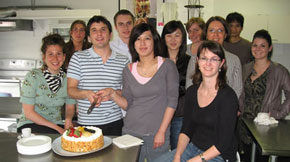